This weekend I joined over two hundred people at the first Action Camp for the Locality community organiser programme. The free to participants event ran from mid-day on Saturday to mid afternoon on Monday at Keele University campus near Stoke on Trent. The Action Camp is scheduled to be an annual event bringing together people from all parts of the programme for a learning and celebration event that provides a focal point for each year.

Outline of attendance and programme

The 200 people who came were from many parts of England – rural and suburban, all the regions, council estate and leafy country village. The connection with organising was varied as well. Some like me were employed as trainee community organisers, others were volunteer community organisers and others again came from the hosts who are resourcing organising at local level. The people were from all walks of life, ethnically diverse and included a good proportion of young adults, some of them organisers, some volunteers. We also had Locality staff handling the practical direction of the weekend and several of the tutors from the Go Deeper options that have expanded our learning in the second half of the training year.

The programme was varied across the three days with nine workshops running twice and several plenary sessions. We were able to eat together and enjoyed some great social space as well as the more formal and work focused elements. The accommodation in student halls was simple but comfortable in line with the ethos of the programme. Overall, the whole event exceeded my expectations and was immensely useful. 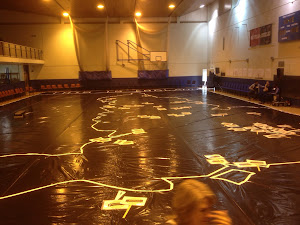 Our first session happened in the Sports Hall, a cavernous space the floor of which had been impressively covered with black plastic. A map of England had been taped to the plastic in white and places hosting organisers marked. The sheer size and diversity of our gathering was striking as was the geographic spread. Whilst the big cities are represented, many more rural areas are also hosting organisers. We were asked to first go to the place on the map where we were working and then we were encouraged to go meet people from another location. The noise of people meeting each other, often for the first time was deafening!

Storytelling as a skill and an art

On the first evening, we ate buffet style at Keele Hall. The meal was followed by three storytellers who entertained us with exceptional skill. The takeaway message was that good storytelling is a necessary part of the organiser's skill set and that we now had some great examples to learn from. I didn't go to either workshop but two of the three storytellers went on to run workshops on storytelling on Sunday and Monday.

The first workshop I chose to go to was on Key Thinkers behind community organising run by Dr Juliet Mullican from Community University Partnership Programme at the University of Brighton. Juliet is running a Post Graduate Certificate in Communities, Engagement and Enterprise as one of the Go Deeper option for trainee community organisers in the second half of our year in training. After an opening exercise using quotes about community action from a wide range of sources, she provided a swift overview of Paulo Friere, Saul Alinsky, Augusto Boal and Fals Borda with video clips of the first two. As a transition, she talked about the role of Robert Putnam in popularising social capital as a commodification of relationships. After a break, we looked at developments in each decade since World War II emphasising how the history of people's struggle had reflected the spirit of each decade. We finished up with reviewing Big Society and the two primary models of UK community organising: Citizens UK and Root Solutions Listening Matters.

On Sunday afternoon, we spent a long session exploring how seven different settings might provide organisers with opportunitites to intelligently shift power. Each group of participants were offered a different scenario and asked to build the profile of the characters, the dynamics of their encounter and what the results might be. In my case, we were looking at the community meeting a group of councillors about the unflattering results of their listening exercise. We found ourselves easily falling into stereotypes with most of the councillors being male, older and white. The community and our community organiser were a little more true to life but as the individual profiles were developed in small groups, they often reflected our prejudices about community life. The exercise was helpful in highlighting some key messages about how to make the very best of such encounters.

Preparing for the ask 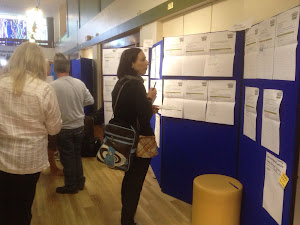 On Monday, I chose to go to a workshop exploring how community organisers might make the ask for money to support their work. Naomi Diamond from Locality helped us look at our different attitudes to money and gathered a sense of the variety of views about taking money from government, commercial interests, individuals and families and from trusts and foundations. The group came to the experience of raising money with a wide range of cynicism, hope and prejudice about all the alternative sources of cash. The second half of the workshop explored how community organisers might present their case to different audiences. I joined a group looking at how we might approach low-income individuals to support the work with membership dues. I came away much clearer about the nature of the ask to residents and other local people and with some clues about how we might go about building a mass membership that controls the work on the ground. 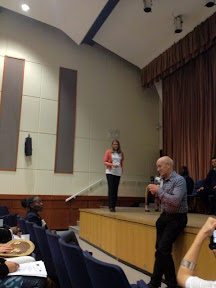 The last session of the Action Camp focused on the development of CoCo, the legacy body that will act as a professional body for UK community organising. The plan is that from September and the arrival of the fourth cohort of organisers, in place of Locality, Coco will employ them and second them to the local host for their year's training. At first, CoCo will be serviced by Locality as the programme management but each cohort has representatives on the organisers' council which in turn provides four members who sit on the Board of CoCo. Alongside them are representatives of the hosts and volunteer community organisers with advisors from Locality, Re:generate Trust and government.

Our session tried to gather opinions about the key questions that CoCo should focus on in it's early days. Twelve people were invited to ask a question or raise an issue and the audience was able to vote electronically to show the degree of importance they gave to each issue. We had some raising the well-being of organisers and volunteers, the impact of organising on children and on women, the role of organising as a solution rather than a burden for hosts and how far organisers should take on national issues such as benefit reform. We finished with one of my colleagues Rebecca reprising her performance from the previous evening of a organiser version of 'I will survive' complete with in-house jokes and two energetic backing dancers! A memorable finale!

Options for the future

Which leaves me returning to Southwark and contemplating differing options for the future. I have been working as part of a team of five organisers hosted by Cambridge House since October 2011 and we have now completed the work toward our OCN accredited Foundations of Community Organising. In mid-September, our year of training is finished and we have to either find resources to fund our continuing as organisers or go elsewhere. Everyone is aware that to stop now would be a huge waste of resources, time and most of all the trust of those community members we have worked with during the year. But we are also aware that this is a difficult time to be seeking funding.

Four of us are committed to continuing as Southwark organisers. Kathleen has decided to travel away around Africa and South America so we have enviously accepted her departure. The remaining four are able to apply to government for a start-up grant of £15,000 pro rata if matched funding can be found. We are currently exploring how such cash and in kind resourcing might be found but the prospect of being able to sustain the work together is exciting. I am sure we will need to find innovative ways to fund ourselves and to retain our functional independence and ability to speak truth to power.