Cooking up the right digital recipe 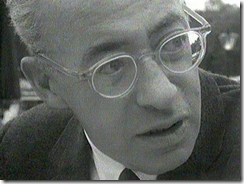 Saul Alinsky (1909-1972) never owned a mobile phone. He never friended anyone on Facebook or tweeted his most recent exploits. The age from which organising emerged – the Great Depression, the Second World War, the civil rights movement and the Anti-Vietnam war demonstrations – was prior to all the electronic wizardry we know today. Life was slower in some ways, perhaps less connected but connection itself meant a lot more.

Today, organisers are still in the business of building social networks of citizens. Sadly, the online world has almost monopolised the word networking in the media but for most people, their networks are predominantly personal and face-to-face.  Who you know still counts for a lot. And the ignored residents on the Aylesbury estate often know very few people. Their networks are sparse and consequently vulnerable. Social networks – bringing neighbours together into relationships of respect and solidarity – makes up a significant part of organising. Only through finding each other, overcoming the fear and uncertainty that holds people back and stepping over the threshold into the wider community can citizens achieve real power for themselves. Creating denser networks allows individuals and families to reach out for help, to share their ideas and burdens and to celebrate success with others. It is also the basis of everyday democracy.

The online world is an exclusive club in many ways. At the Aylesbury doors, many people do not have an email address to offer and most older residents offer only a landline as their phone number. Even those who do have a mobile or email account may struggle to use it effectively due to barriers of language, culture or confidence. The world of decision-makers – politicians, media people, business, health and education – has become saturated with electronic communication. The powerful elite too easily assume the majority make everyday use of mobiles, internet, text and email.  Their way of working begins to assume access to this world and as a result, only furthers the isolation and insularity of these excluded communities.

But for those who do play a role online, of course the web opens up a cornucopia of delights. For the organiser – faced with a plethora of platforms, tools, apps and global trends – using them wisely and well is a complex issue. The diverse sources of advice and insight makes digital organising challenging but exciting. Entering into using digital media for organising has to be dominated by values of inclusion and shared power. Opening up access – to hardware, software, training and mentoring – must form a central plank of community organising since the online world can be so empowering. Confident use of the tools of social media allows citizens to find their public voice in new and surprising ways and it is the authentic, unmediated voice of citizens and their communities that is so lacking in many of today’s debates. 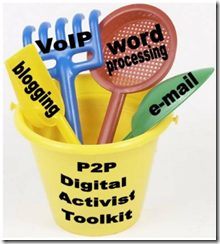 As a team of organisers in Southwark, we are taking part in a digital media experiment. We have been lucky enough to be successful in partnering the Young Foundation in their Digital Activism project. The Foundation are offering us a range of non-financial support to complement and enhance our training with Locality. They will be able to support us for a year to use digital media more effectively in our organising. We have already talked about the importance of face-to-face relationship building and want to see how tools such as email and text can help the community to become better networked. We want to learn how the power of social media – like blogging – can help citizens to have more say.

At the same time, we have been helping the team at izwe (People Power) to complete their plans for a course for Locality community organisers in digital media. Following the six months of intensive support from RE:generate Trust to use the Roots Solution Listening Matters approach in our communities, the first group of Locality organisers are now being offered a choice of ‘Go Deeper’ options. These courses will help to develop our skills and knowledge of organising in specific aspects such as the digital world. Thom Townsend and Mark Corbin came from izwe to discuss the course with me last week and they took away an interview to help with a promotional video for the course.

In Walworth, we are just at the stage of having a project or two that might benefit from some online support. The danger is that the novelty will draw us away from our direct work with individual residents, their action groups and block the involvement of others. We are determined to avoid these traps and to keep focused on the shared purpose rather than the tools or methods. Many – in the community and amongst the organisers – are sceptical that face-to-face relationships can be expanded and developed through electronic means. I hope we can learn from the experience of others nationally and globally to overcome their reluctance and prove the critical online engagement offers new opportunities as well. 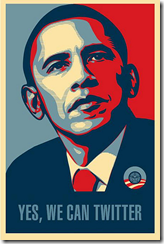 Of course the great online (and offline) organising feat was the 2008 American Presidential election. Barack Obama’s team managed to completely transform the race by engaging a broad cross-section of the American population in a passionate and action-focused campaign. They used Facebook, email and other elements to huge effect and raised enormous sums made up of countless small donations from ordinary citizens inspired by a new style of politics. Picked over endlessly ever since by pundits and political advisors looking for the magic ingredient, the impact of the organising background of the President and many close to him was tangible in their success. Mobilising for electoral politics is a different business to building for grassroots community power but the next UK election will be significantly influenced by the Obama example.

Digital organising is now widely discussed as a critical component of the Arab Spring. The fall of Hosni Mubarak and the continuing genocide in Syria are linked to citizen journalism and the rise of Twitter. Whilst the social media have played their part, training in non-violent direct action and in community organising has been widespread in both countries for years. Making big things happen in ignored places like the Aylesbury estate in Walworth perhaps has some hope if we can combine training, close support, building social networks and strong trusting relationships with carefully targeted and crafted electronic communications. Digital media are important with certain parts of the community but they form one part of a important recipe for organising success.

Sarah DiJulio and Andrea Wood (2009) Online Tactics and Success – An Examination of the Obama for America New Media Campaign Available as pdf from http://www.artsengagementexchange.org/downloads/online_tactics_and_success.pdf